and what I regretted bringing along! 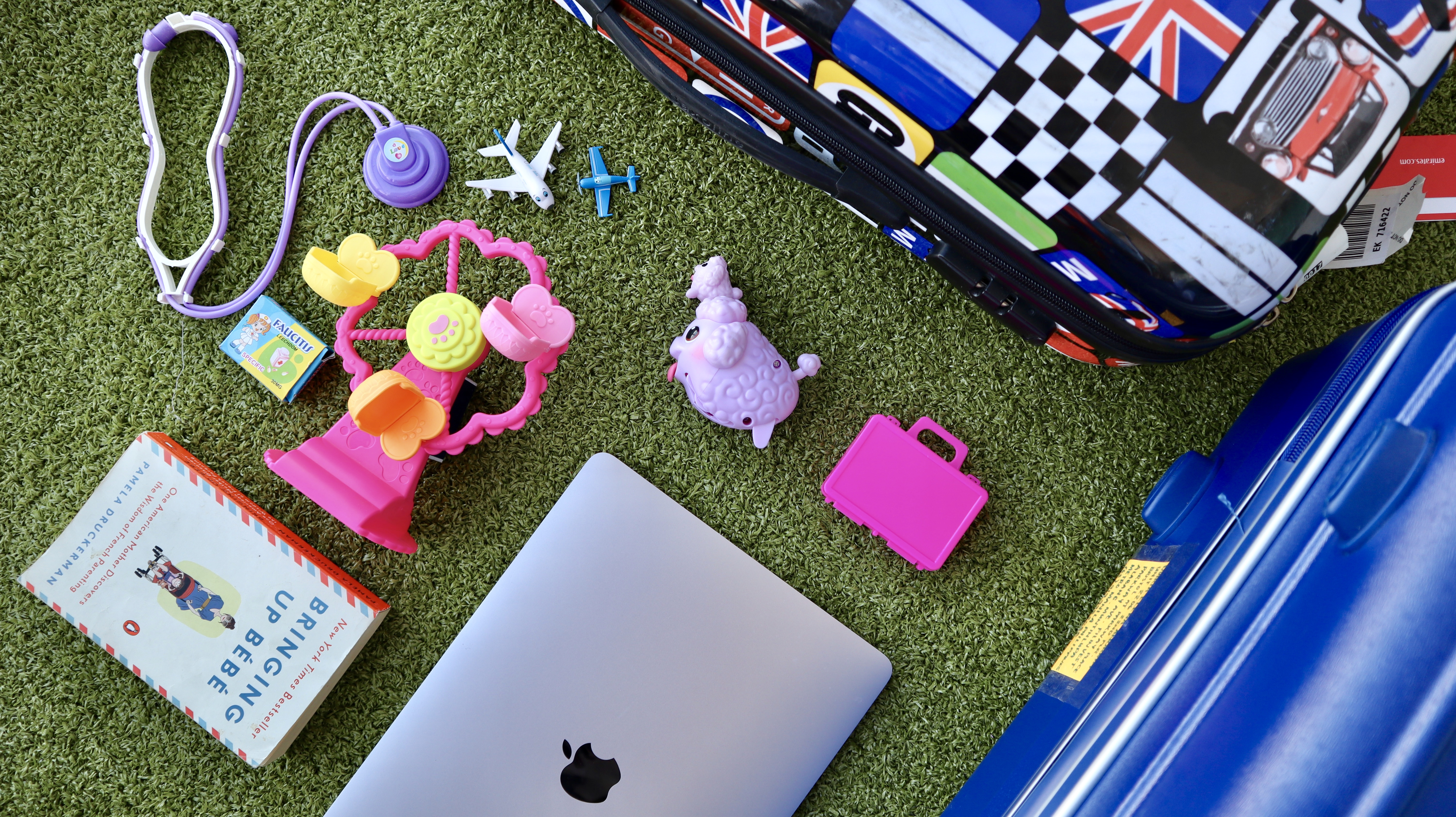 With only weeks into our three-week-long trip to Rome, I felt somewhat excited because finally, I’ll be going back to Rome. But, what it made it extra special was that I brought my daughter with me. Like everyone else, I made a list of the things that I should bring and that includes my set of clothes, work-related stuff, Kerrigan’s clothes and her “current’ fave pieces of toys. Sometimes packing could get a little stressful especially when you have too many things planned on such a short trip. I consider three weeks to be short only because you have to factor in the jet lag period as part of the trip. So, although I packed more than enough items most of that stuff wasn’t really used and ended up rolled in like a burrito into the deepest portion of the luggage when I could’ve used that space to get cool finds during the trip.
Avoid the same mistake, here are a few of what I brought that was really useful and also a few that I could’ve ditched back home.

Mix-and-match the clothes, both yours and your daughter’s

Clothes are on top of the list! Why? Well, because it’s not like you could get monthly opportunities to take photos near the Fontana Di Trevi or the streets Via Del Corso. I have to admit, the excitement totally left me flustered during packing. I went as crazy as, “Oh! This is nice.” to “I’m-sure-I’ll-get-thin-from-of-all-the-walking-so-this-jumpsuit-will-eventually-fit” thoughts. NOT! One thing I missed to do was to place the clothes that I wanted to bring side-by-side with my daughter’s to see them clearly. I somewhat did that but could’ve ditched the really unusable ones in the process. So, if you have, let say, a black jeans pair it with two or three blouses that will match two clothes from your daughter’s rack. That will cover three sets of clothes already. Go ahead and scour your closet for twinning outfits that match other pieces of your clothes.

While you can always buy a sunblock anywhere, still it’s better to bring along a small bottle that you could place on your carry on for quick touch-ups. Remember, you have your toddler or kids with you who would be excited to run in the park or lounge in the stroller when they get tired. The sunblock, I was able to bring but the stroller rain cover, I totally missed! Rome was damped at least in the first few days that we were there on the mid-month of September, then on our last week on the first week of October! That was almost two weeks of our trip spent indoors only because our stroller isn’t ready for the wet season in Roma.

Opt for a compact and light stroller with big wheels

A few months before I applied for our visa, I was already eyeing this Chicco stroller Mini Bravo. It was really nice with its one fold feature, huge basket under the seat, and sturdy wheels. I knew then it was heavy compared to my daughter’s other stroller. But, I’m worried that those lightweight ones will break in the middle of our trip because of the cobblestone streets and long walks. Well, I was right! The Chicco stroller stood well on the cobblestone street, but it felt that it too had to deal with jet lag! For some weird reason, the wheels felt like it had a life on its own. Pushing it to a direction felt like pushing a rubber stone! It was terrible! Eventually, my cousin who was with us most weekends hated the stroller. For once, I’m glad the trip with the stroller was only for three weeks.

Limit the carry on to three pieces or even less

We flew with Emirates and I’m glad we did! The whole trip was easy going to and from Rome. Thanks to the in-flight entertainment they had, my little one was more than excited to board the airplane without the need of too many toys to entertain her. Even Hank, the iPhone 6, was forgotten on the entire trip. Just remember to plan what to bring based on what your child needs and switch the bulky toys with handy-lightweight ones.

I expected to work as normal as I would back home, so I brought the thinnest 13″ MacBook Pro 2017 edition, three iPhones for work and personal stuff and my Canon M50 for documenting the whole trip. The rest of the stuff I use for work must be left at home because really I won’t have the time to use them especially when I’m busy minding the commute and my daughter.

Keep a small bag of meds for you and your child

Now, this was the essentials that I flunked big time only because I was too at ease of the fact that having my relatives there would be enough to guide us through the right medicine to have in case we need them. Halfway through our trip, I got a crazy wisdom toothache that I had to drink this powder meds to get rid of the pain. By the time we were in Paris, my daughter had an upset stomach that made her vomit a few times during commute. So, when we reached the centre I gave her the electrolytes drink with the help from an English speaking local. My daughter hated the taste but I was able to convince her by taking a few sips myself, made me miss the fruit flavoured jello drink when we visited Japan. 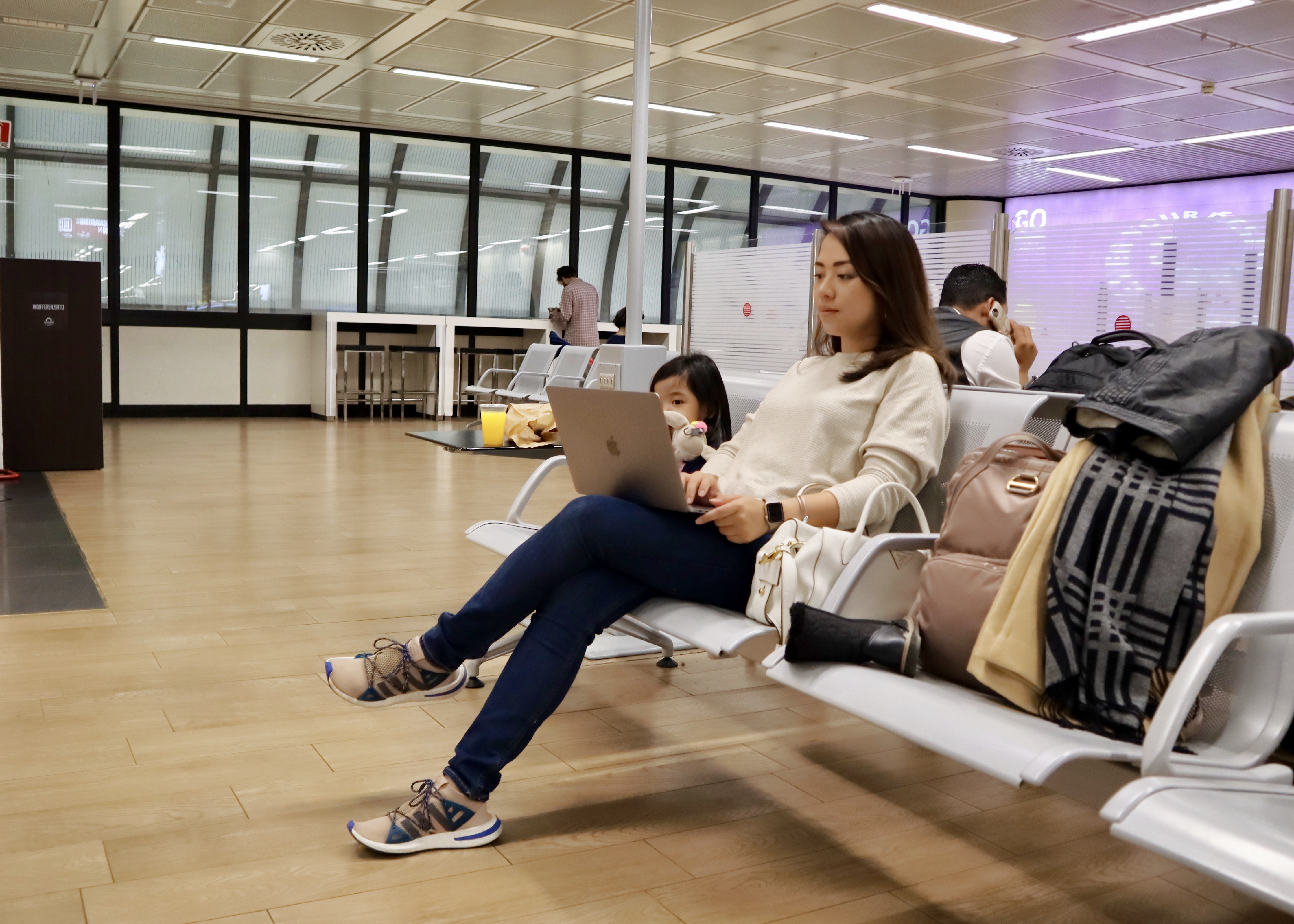 Carry on essentials: A backpack that works as a diaper and a laptop bag with a shoulder bag to carry the travel documents and some cash.

The rule of thumb is to check your luggage at least thrice before you zip them shut. Chances are you’re bringing stuff that you really won’t need and worse won’t really use because you’ll be too busy seeing new places and trying out new things with your child. And finally, no matter what you bring with and what you leave back home, keeping a chill but mindful vibe will make the entire trip fun even if you forgot to bring a few things at home.

Elle Anorma dreams of having a PR and Digital Marketing Agency. After several years working in various Media and Communications companies in the Philippines, she took the steps to pursue her agency dream. With no capital to set up the business, she began the journey as a freelancer hoping to save enough to build her own team. She has worked with global clients for digital marketing projects in the Construction, Food Delivery, Real Estate, and Virtual Assistance to name a few while enjoying occasional trips with her daughter. Today, she aims to inspire parents and other Mompreneurs to continue pursuing their life goals. View more posts