Skip to content
Last weekend’s staycation turned into every parent’s worst nightmare, a laceration on a 2-year-old’s chin…
It’s quite rare for us to go on a family trip or stay in a hotel. We booked a 5-star hotel in Bonifacio Global City to celebrate my daughter’s dad’s birthday. So, whenever we get a chance to celebrate, we make sure to choose only the best that’s why we expect nothing less.
These are some photos of my daughter before the accident. 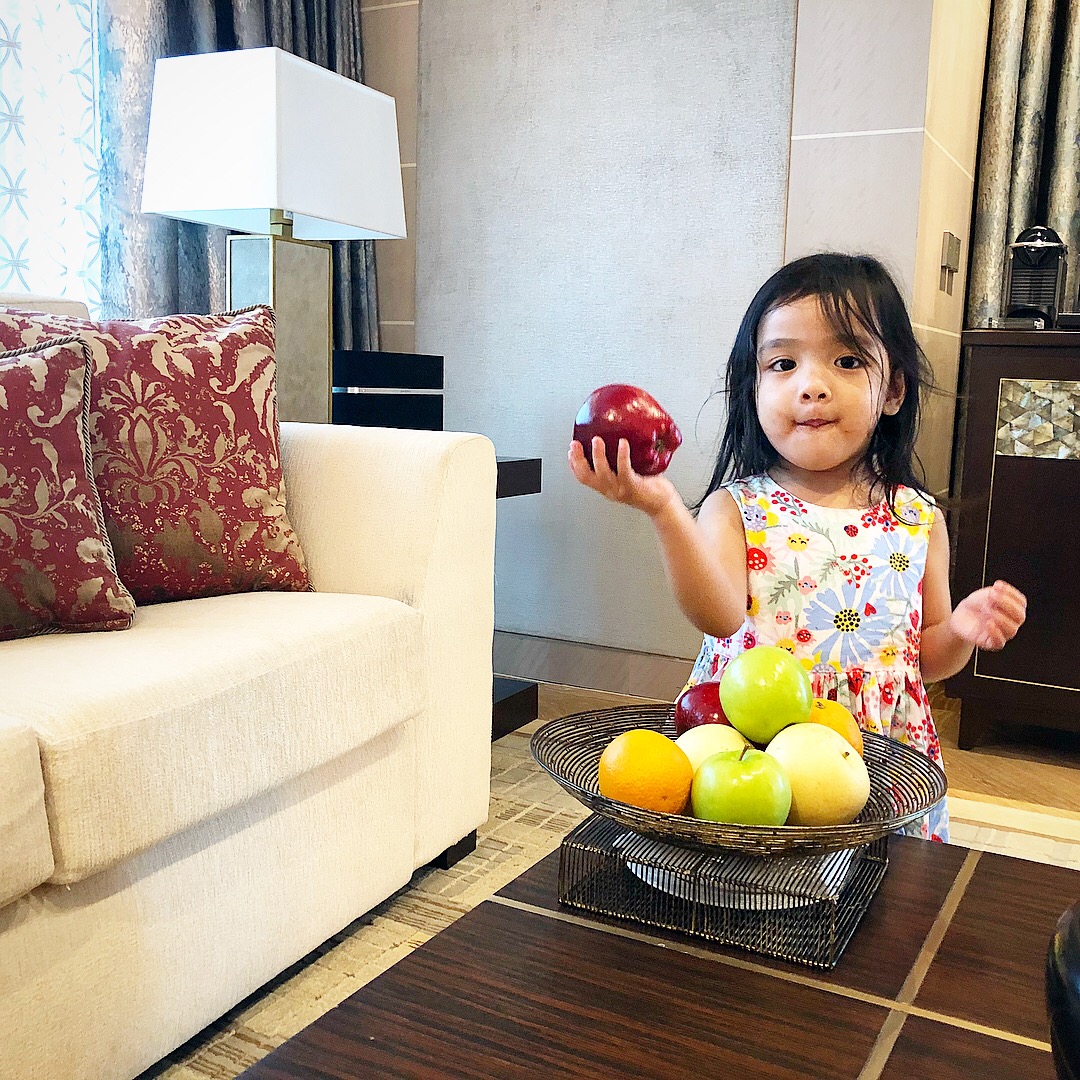 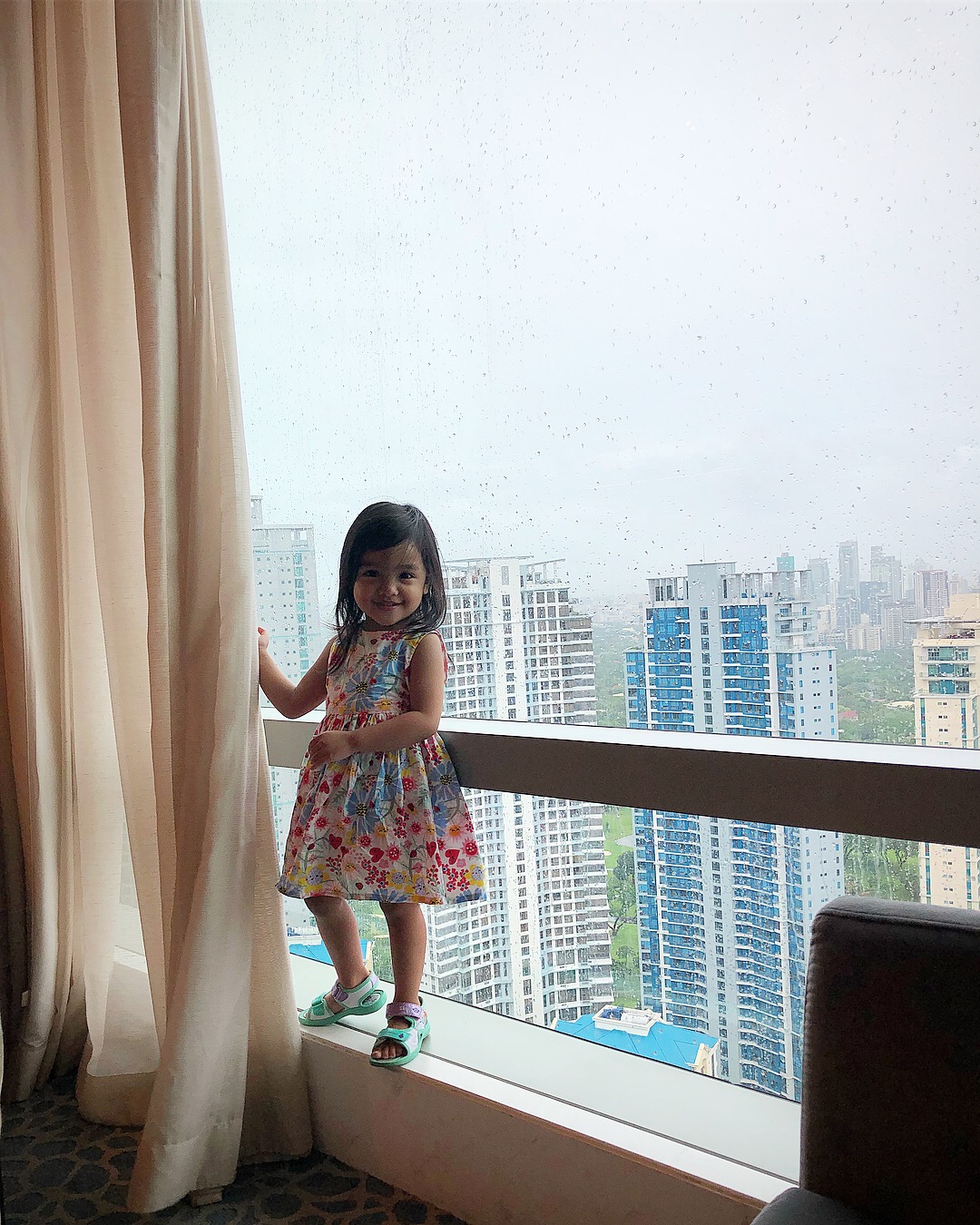 But, in spite of our high expectations, the hotel gave my daughter a scar that will forever question the 5-star hotel’s integrity and customer service.

It was a good stay until we went to the 8th floor to check the pool area. As soon as we entered, I asked one of the staff where it was safe for us to walk since I noticed that the floor was damp. The hotel’s staff’s knowledge of safety and security was the worst part of the hotel’s customer service experience. They were walking together when my daughter slipped and hit her chin on the steps closest to the bar near the pool area.

My daughter was walking alongside the hotel staff while I was fixing our stuff when I heard my daughter’s painful cry.

The frantic and panicky hotel staff made the situation worse with her demeanour. I hurried to check what happened and got even more concerned when she didn’t stop crying. It was agonising to see my daughter in pain much more to see her skin cut open in about an inch or more. I knew then that it isn’t a simple bruising and it might require some stitches. It took several follow up on the medic because their response to the situation was not quick enough. As soon as their medic arrived we got the confirmation that we had to bring my 2-year old in the ER to stitch her laceration.
Kerrigan’s laceration 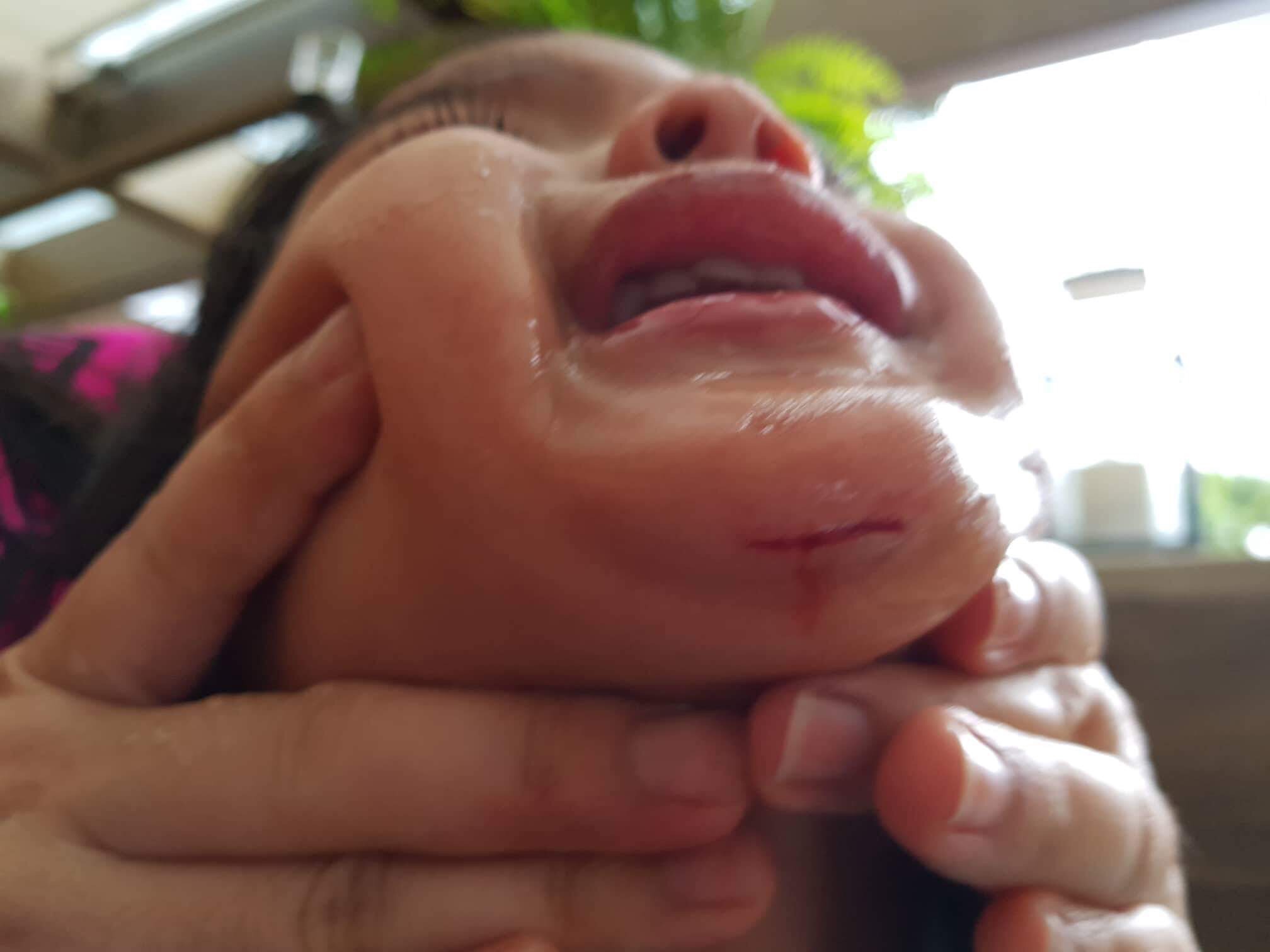 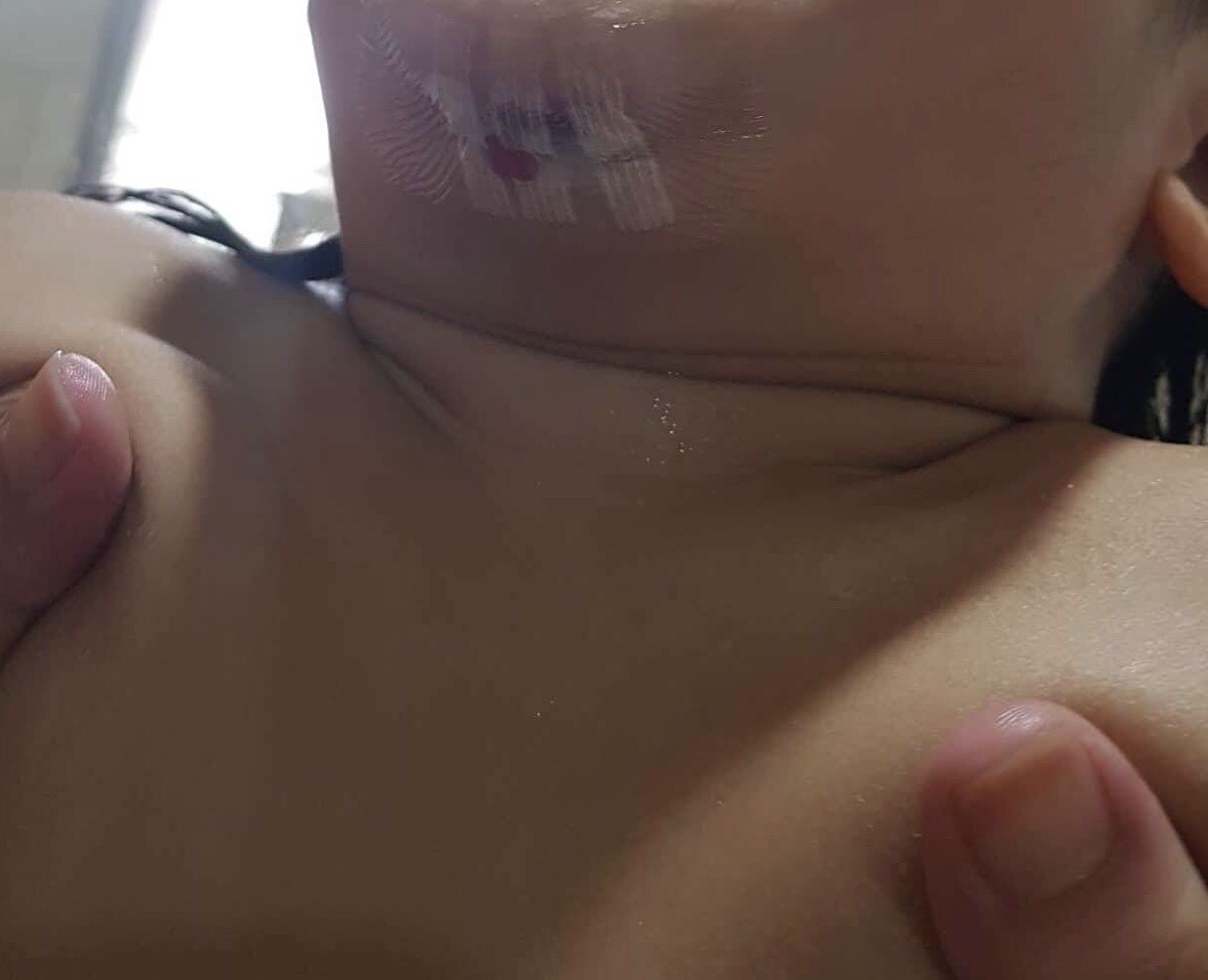 The hotel’s manager guided us through what looked like a service elevator. We rode the hotel’s ambulance that had an old stretcher in the middle. It had sharp edges that when I stepped in and sat on the small seat in the vehicle I got my knee scraped.
It was a quick visit only because my daughter’s auntie, sister of her dad, is a surgeon. She had colleagues working in the hospital at that time. Without Dra. Viva’s guidance I bet it could have been a long gruelling wait in the ER, a different approach in treating the laceration and God knows what else. So, we probably waited for an hour until we’re back in the hotel.

While we were waiting in the hospital to get treated, the manager called to say that they are reimbursing the ER cost and that we were given a 3HR extension from our booking. I wasn’t satisfied and I wondered how on earth did my daughter get into an accident when I specifically asked for a safe way to pass through while my daughter was walking alongside their hotel staff.
As soon as my daughter was resting in the hotel I went back to the pool area to see if the hotel did something to improve the safety. It remained the same no non-slip mat was provided on the slippery floor instead hotel room towels were placed on the floor to absorb the flowing rainwater on the floor. At one point, I saw children running in the pool area. No one from the hotel staff seemed to be responsible enough to advise the guests to be extra careful because someone just had an accident in the area.
I requested to see the CCTV footage but instead, the manager told me that he would give me a report because it wasn’t allowed for us to see the footage. It was almost time for check out when I decided to approach the manager for the report because I feel like no one is going to give me the report that I was asking. To further my disappointment, the manager said the CCTV footage didn’t capture my daughter falling on her chin, so he didn’t prepare anything.
Just last night, I wrote them an email, a message on social media and on the website’s contact from informing them about the incident but until today, no one from the hotel is calling us to ask us about the medication costs nor check if my daughter is doing fine.
I felt that the hotel downplayed the situation, kept it low key and reacted coldly and passively. They lack the initiative to show their sorry for what had happened, didn’t prepare an incident report when I specifically asked them to, failed to show me that they improved the safety and worse no one called us to check on how my daughter is after the accident.

The terrible experience made me realise that a 5-star rating doesn’t always translate to a 5-star customer service.

What do I want as the mother to a happy-fun-loving 2-year-old?

I don’t need another hotel staycation nor for them to pay us anything because we can afford that. What I want the hotel to do is to make the 5-star experience right for my daughter. My daughter greeted everyone sweetly and happily from the concierge on the 40th floor, the bell boys, the janitors in the hallways and even to that lady staff who brought her to that injury. She was friendly to everyone she met that day even if it wasn’t her hotel in the first place, but, she went home quiet and in pain. This hotel, if they have sympathy to an innocent child, should show her that they were truly sorry and kind-hearted enough make up with her.

Make up to my daughter’s bad experience and show her the genuine customer service even to young guests like her.

Elle Anorma dreams of having a PR and Digital Marketing Agency. After several years working in various Media and Communications companies in the Philippines, she took the steps to pursue her agency dream. With no capital to set up the business, she began the journey as a freelancer hoping to save enough to build her own team. She has worked with global clients for digital marketing projects in the Construction, Food Delivery, Real Estate, and Virtual Assistance to name a few while enjoying occasional trips with her daughter. Today, she aims to inspire parents and other Mompreneurs to continue pursuing their life goals. View more posts